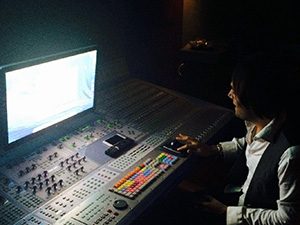 Marlon has over 17 years experience in high stakes project management, developing and leading innovative strategies for new technologies and content distribution. Music has always played a dominant role in a majority of the projects that Marlon has been involved in all those years. Reviving this legacy studio together with partner Itai Shapira was a no-brainer and very much a passion driven venture. 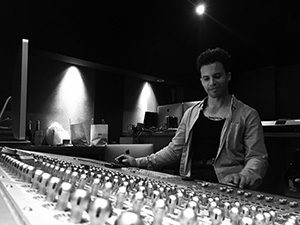 Itai is a Grammy nominated engineer and producer/musician from Los Angeles. Born and raised in the city, Itai holds an integral place in the thriving music community that exists there. Under the tutelage of Grammy Award Winning Producer Larry Klein, Itai had the honor of working with great artists such as Herbie Hancock, Melody Gardot and Thomas Dybdahl (whose album “What’s Left Is Forever” was nominated for a Grammy in the category of Best Engineered Album in 2014, of which Itai was nominated).

In 2013, Itai showed up to a recording session for the debut Rhye album “Woman” and from there his life changed, as he traversed the globe with the band as their bassist/guitarist, spanning tours throughout 6 continents and countless cities and festivals worldwide.

Itai’s album credits include co-production work for Selah Sue (Because Music), Lion Babe (Interscope) and Kadhja Bonet (Fat Possum). As a co-writer, you can hear some of his recent work on Yuna’s “Chapters” (Verve Records) album which made the top 10 R&B albums list on Billboard in 2016. He co-wrote the song “Best Love”.

Now, as Chief Engineer and spearheading operations at The Complex with partner Marlon Ray, Itai is ready to start filling some bigger shoes, working currently on productions with Rhye, Kadhja Bonet (assistant production) as well as his own artist project GENESEA (a duo group with Kadhja Bonet), with releases from that project planned for early 2018. Itai is also beginning his foray into post production, having just engineered some ADR for the Netflix feature film “Barry” which was released in December 2016. 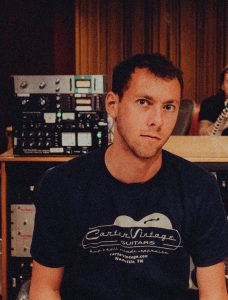 From Hip-Hop, Folk, Metal and Pop, to Experimental projects – Peter’s love of music and sound extends far beyond the boundaries of genre.

Working with a diverse clientele has not only allowed him to develop a deep sense of musicality, but has fed his enthusiasm toward the next generation of music.

After graduating with honors from Berklee College of Music in Boston, Peter joined the team at Red Bull Studios NYC; working under renowned mixing engineer Chris Tabron. Peter now lives in Los Angeles, working as an engineer and mixer, collaborating with genre-benders and purists alike. 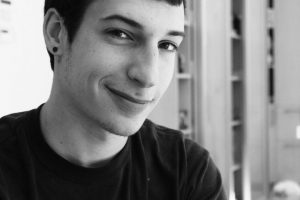 Noah has been involved in creating and recording music from a young age. After graduating from Belmont University with a degree in Music Business and Production, he moved back to his hometown of Los Angeles to intern with producer Val Garay. Noah has also worked with producers and engineers such as Ron Fair, Larry Klein, and others.

Born and raised in the San Francisco Peninsula, André is a Los Angeles-based Producer, Engineer, and Songwriter. During his time studying at Loyola Marymount University earning his BA in Recording Arts, André began professionally engineering, co-writing, and producing records under the mentorship of multi-platinum producer Devrim Karaoglu whilst simultaneously working to establish The Lyric Theatre, an independent entertainment venue in Hollywood, CA. Since completing his studies at LMU, André has focused on developing independent artists and has worked internationally as a FOH Engineer, Tour Manager, and Production Manager for touring acts, including the Grammy Nominated band KING. André continues to work in all facets of the music industry – producing records, touring as a performer and as a tech, working with venues and studios, and teaching Audio Engineering at the university level. In the off hours, André is passionate about exploring nature, traveling, and experimenting in the kitchen.